Virtual communion is still God in your mouth

Since COVID19 slammed our shores, churches and worship leaders have increasingly made services available online. The virus brought isolation to the mainstream, but the need was already there, prior to the pandemic. Many of your neighbors were already housebound, or without transportation, or unable to find a church which was safe due to their sexual orientation or gender identity.

In response to the reality which existed even prior to stay-at-home orders, we offered a virtual Ash Wednesday service. When putting together that liturgy, I focused on the idea of our mystical oneness and the ability of those watching to truly participate in being marked by the soot, regardless of whether or not they'd prepared actual ashes in advance to mark themselves. My theology is intensely sacramental; it centers around the understanding that the stuff of our world is imbued with the holy, and that you and I, and all of creation is saturated with the presence of God. So having the burned palms was important. But at the same time, matter is nothing but energy, and we are all nothing but energy.

So matter both matters, and doesn't.

Now that so many of us are stuck at home, the online debates about the appropriateness of drive-through ashings which kicked off Lent have escalated into battles about who can serve Eucharist/communion/the Lord's supper, and whether virtual services are appropriate. And the higher the church tradition, the louder the altar banging.

Before I began deconstructing, my Roman Catholic heart thought confection of the Eucharist could only take place if a validly ordained priest or bishop did the consecrating. Being charismatic, I believed that the laying on of hands in ordination, from Peter on down, conveyed a mystical power which lay people simply didn't have. I held the body and blood as so holy that this kind of "protection" was necessary, and logical.

I knew even back then that ordination was no guarantee of holiness. The actions of many priests profane the words of consecration. But I was young in my faith, and on fire with the gorgeous beauty of the sacrament, hungering and thirsting for the presence of God. I pushed away the cognitive dissonance and found apologetics which mapped with my desire to defend the singular role of priest, acting in persona Christi, offering up the bread and wine in the once and always sacrifice to be transformed into the flesh and blood of Jesus.

A lot has changed since then, in the world outside me, and the world within me. My reverence of church and the way it uses the Bible has shrunk, and my reverence and awe of God has expanded.

Today I consider how vastly different a Eucharistic liturgy in a Roman Catholic or Orthodox church is from the action which took place at that last supper. Jesus merely said "do this," in the context of sitting together at the Passover meal. He didn't say "only in church." After all, they weren't in the temple or a synagogue. The Seder is a family gathering. He didn't warn them against the wrong people doing it in the future. He merely instructed them to do it. Jesus sat among his friends, clad in simple clothing as they all were, using the simple vessels available in the house where they gathered, saying the prayers, talking to them, and performing the humble task of washing their dirty feet. In high church services, by contrast, there is distance from the person who supposedly acts as the person of Christ, lots of gleaming metal, glowing garments, and proscribed chants and responses which become rote.

Now I know Jesus's lifting of bread and cup took place within the context of Passover Seder prayers, which are a liturgy unto themselves. But the gospel writers didn't include those prayers, and Jesus doesn't point out their necessity.

And don't get me wrong: I adore the smells and bells. My spirit responds to high liturgy in a profound way. I know the Spirit moves through those things.

But I no longer believe it's the only way. Here's the bottom line:

If you think God is only willing to present as bread and wine under those conditions, then your god is an asshole.

Demanding either of these things may actually be more about maintaining authority and control rather than truly seeking God's will and striving for holiness. Sure, you can point out the intricate details outlined for the creation of the tabernacle and the temple in scripture, and the instructions for ritual sacrifice. Those things can certainly be offered as arguments for how to handle holy things, and there is nothing holier than the very presence of God. But nowhere can you point to Jesus himself making these kinds of demands about ritual. Jesus tore the veil, rebuked the religious men who yammered incessantly about intricate instructions for righteousness, and lavished people with the best wine, abundant fish and bread, and his very blood at that final supper.

For any Christian who views the bread and wine as mystically containing Jesus--whether framed as transubstantiation, consubstantiation, or the real presence--we are talking about Christ with us, virtually. The Latin roots and meaning of the term virtual is essentially "possessing certain virtues." A more modern definition is "existing or resulting in essence or effect."

During Eucharistic prayer, bread and wine transform to possess certain virtues. The essence of Jesus enters.

Jesus appears around the world, at all times of the day and night, for millions and millions of people, virtually, through the elements of bread and wine. Communion is the ultimate virtual reality.

So if you long to receive the body and blood of Christ but understand the importance of staying home, feel free to tune in to a service online. Gather your own bread and wine, offering them up as the minister consecrates the elements they hold, and partaking with them. If in coming weeks the power or internet infrastructure goes down, hold your own services.

You stand in persona Christi as much as the priest or pastor online does.

You are a temple of God's spirit too.

Take, eat. This is God's body. Broken for you. 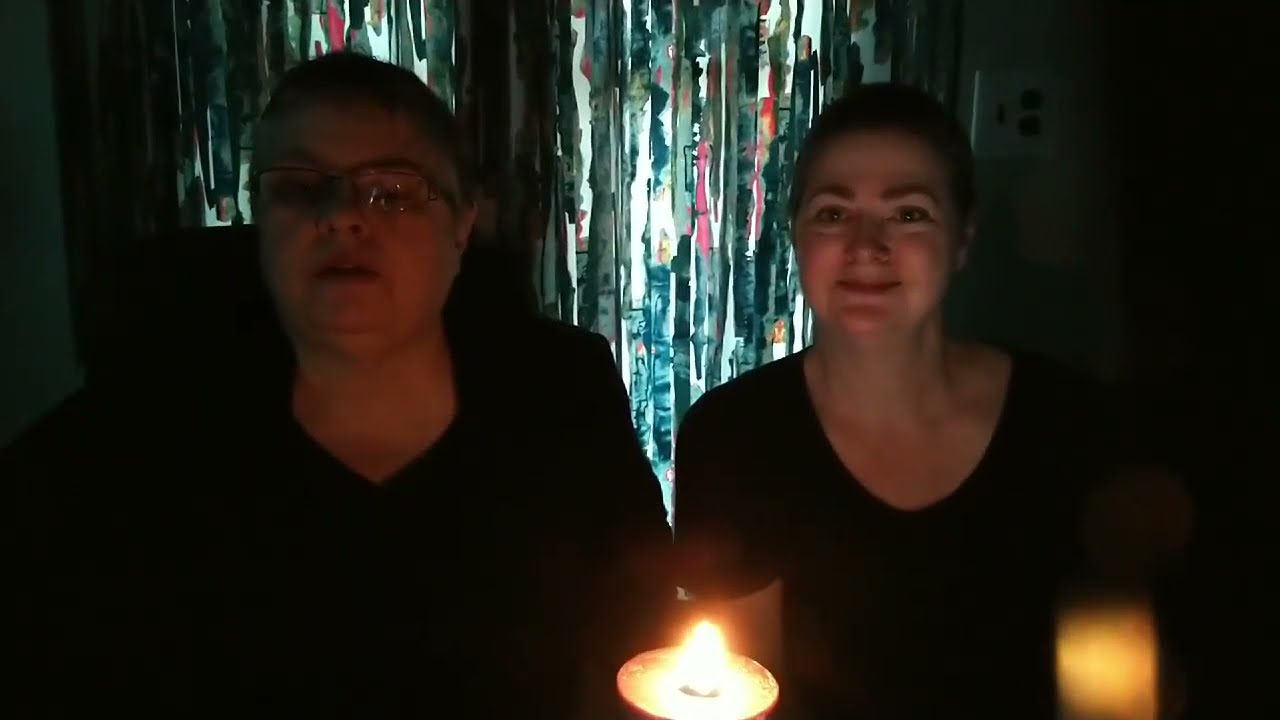